The second Fachsemester continued the Chair of the History and Theory of Urban Design’s investigations into the rich history of ‘the commons’ in the city of Zürich by focusing on its green infrastructures. The ‘eco-commons’ were investigated from architectural, spatial, environmental and material perspectives. We considered how ecological common practices and resources have affected the development of the city, and conversely how the built environment has structured common practices and facilitated access to green spaces as common resources.

The Fachsemester offered by the Chair for the History and Theory of Urban Design at ETH Zürich started from the hypothesis that historical and theoretical research can be approached through architectural tools and knowledge. Its goal is to broaden and deepen the toolbox and heuristic strategies of the researcher in the field of architectural and urban history and theory, by leveraging the tools and knowledge that belong at the very heart of the discipline. Using methods of drawing from the field of architecture—such as plans, sections, mapping, public drawings, diagramming and perspective representations—students explore the reality of the city, which is ‘hidden’ in archival materials and literary descriptions. Far from being mere graphic or artefactual representations of the city, these drawings support a historical and theoretical understanding of specific occurrences and conditions in the city of Zürich and create morphological and thematic links between city squares, trails, stairs, terraces, quays, parks, (communal) gardens, public buildings, housing blocks and so on. The combination of tools and methods from the fields of (urban) history and architecture offers an in-depth mode of historical and theoretical research, where students retroactively examine the spatial, formal, material and constructional features of certain situations. Through this approach, students uncover and reconstruct specific logics that have led to a certain urban condition.

During the Spring Semester of 2021, participants in the Fachsemester The Green Commons studied the many forests, pastures, gardens, allotment gardens, parks, fields, and lawns that characterize the city of Zürich. We investigated how green commons in Zürich are manifested, produced, managed, used, maintained, and appropriated. We also elucidated how these commons offer new perspectives on contemporary challenges, such as climate change, urban food provision, and densification. First, we developed an ‘archaeology’ of Zürich’s eco-commons in which the work of the urban historian or theoretician can be understood as an archaeological venture. In this archaeology, the city’s green elements are regarded as the outcome of the codes and practices of ‘commoning’. The result is a catalogue of the city’s green infrastructures and networks, illustrating how these common ecological resources provide frameworks for commoning and mitigate environmental challenges, such as pollution and urban heat islands. In addition, the catalogue demonstrates how these common ecological resources operate as urban figures, integrated into the city fabric. Second, we developed an ‘assemblage’ of Zürich’s eco-commons by scrutinizing how these eco-commons are experienced, practiced and developed in the city. We analyzed the character and role of urban forests, parks, gardens, and allotments as sites to produce common-pool resources (health and leisure space, energy, food, clean air, etc.). We also considered the relationships between ecological commons and commoning practices, and the negotiations required between experts and non-experts, formal and informal agencies, and human and non-human actors. 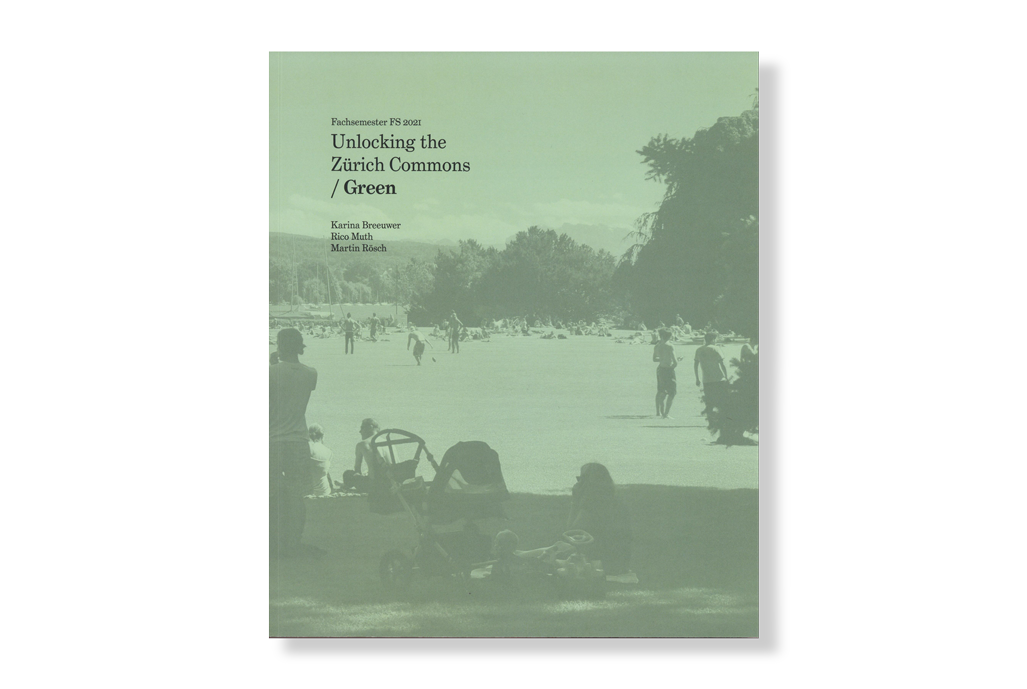