In the changing world of interwar Europe newly developed neighbourhoods and buildings were designed to create the healing community that many people were dreaming of. Various social groups with nationalist, ideological, or religious agendas made this concept of community a cornerstone in their framework and appropriated it to prescribe the relations between architecture and modernity. ‘Making a New World‘ analyses the various ways in which these relations were determined. Most activists/entities encountered the potentialities of modernity, such as technology or mass media, in an accommodating way. In a broad spectrum of actions and proposals – from art exhibitions to séances, photo reports to roof tiles, landscapes to sanitation – these reformists were hoping to create a universe in which their communal dream could become a reality. The 17 contributions to this richly illustrated volume draw the contours of this new world by analysing its foundations and working mechanisms at its heart. 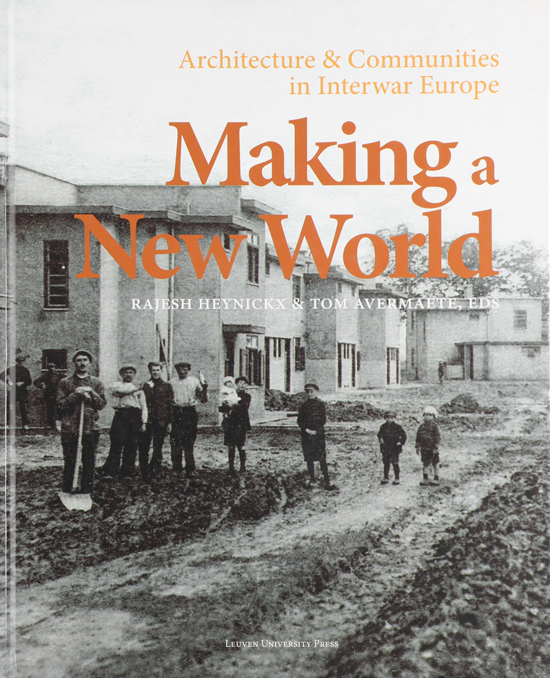