The Construction of the Gotthard Tunnel

Labour as a form of commonning

Labour as a form of commonning 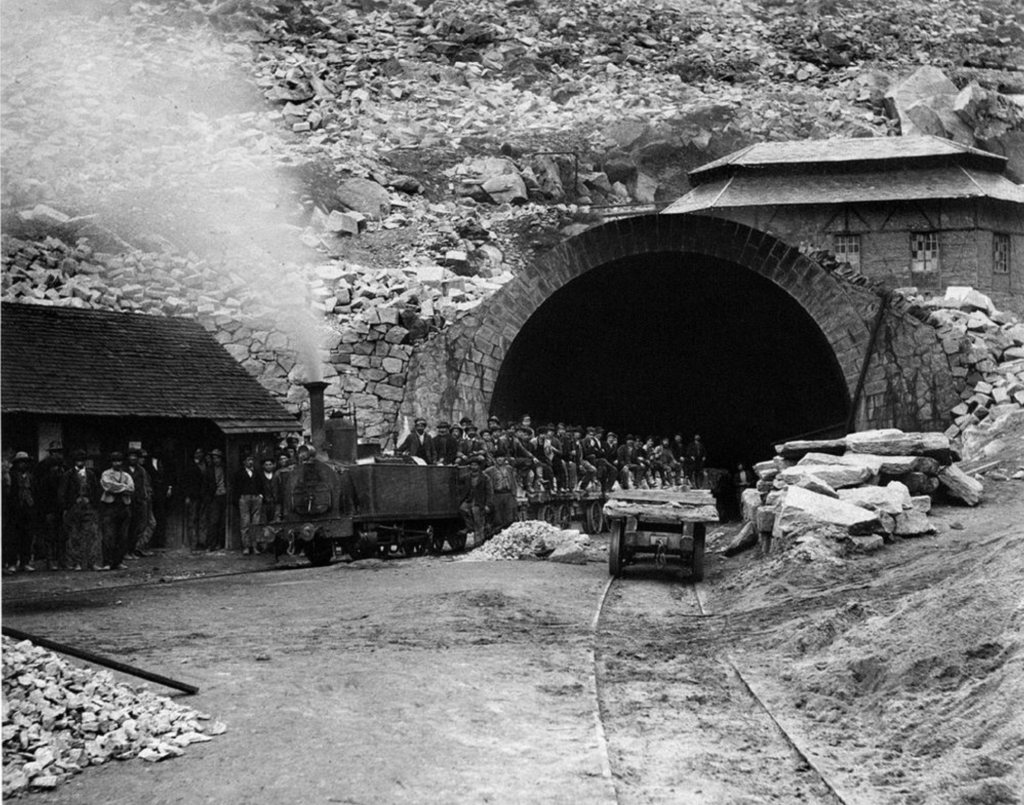 The construction of the Gotthard tunnel started in 1872 under the supervision of the engineer Louis Favre. Supported by Italy and the Prussian empire, the Swiss confederation decided to create “The Gotthard Railway Company” in order to build a tunnel which would connect Lombardy to the Ruhr. Thus, a clash of cultures emerged in the canton of Uri as masses of Italian miners came to work in the tunnel. Native inhabitants felt a sense of superiority which was conferred by their relationship to the mountains, amassed knowledge of the alpine way of life, and the local alliances that had formed over centuries, all of which they regarded as central to their national identity. Therefore, they segregated the Italians upon their arrival.

However as the construction progressed, a common denominator was found among workers from different countries: labour. Long days of manual work in incredibly difficult and dangerous conditions led to a feeling of solidarity among labourers. The work was split into teams and they all had to rely upon one another, as their social relationship was directly linked to their survival. Hence, as Massimo de Angelis writes in “Omnia sunt communia”, that labour enables the most primitive form of social practice.

Mixing together in the underground meant that, also on the surface, labourers were less aware of their differences and this helped the immigrants’ integration in the local communities. Indeed, their identity as labourers was no longer defined by the country of origin, but by their shared duties and work conditions. Therefore here the tunnel is not only seen as a material resource, but also, during its construction, as a stage for underground labour commoning practices.

Nonetheless, the integration of the workers was not a straightforward process. Indeed, four Italian workers were shot down by Swiss police in the 1875 Göschenen strike. This occurred as workers claimed the right to work, dignified subsistence, and essentially, their their survival. Amidst criticism in the press by the locals and the Gotthard Railway Company, the Swiss government had to intervene and mete the workers’ demands, as they judged the working conditions precarious.

Therefore, after the completion of the tunnel, most of the Italian workers left the country despite receiving Swiss nationality. Hence, it highlights the construction of the Gotthard tunnel as a temporary commons; bound in space, time and sweat.

De Angelis, Massimo. « Omnia sunt communia: on the commons and the transformation to postcapitalism ». Zed Books. 2017