The Caves of Lascaux 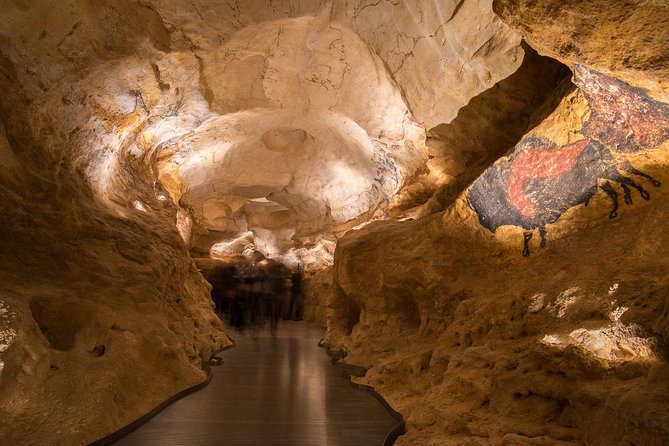 The Caves of Lascaux are an underground system in southwestern France near Montignac, decorated with over 600 wall paintings from prehistoric times. The paintings depict animals and humans in different scenes, e.g. hunting, and were painted with mineral pigments such as iron compound. The purpose of the caves is not known, most theories tend towards them being a space of ritual and religion.

The caves were discovered by accident in 1940 and were opened to the public after the war. However, the heavy touristic use that followed led to the destruction of the paintings due to the growth of mold and fungi through the altered micro-climate of the caves. This in turn lead to their closure in 1963.

Today a layered system of rules and governing structures is in place, enabling and restricting access to the commons of the caves of Lascaux. Since the original can no longer be visited, access to knowledge obtained from the caves is ever more important and the knowledge has therefore become part of the Res Communis[1] (common resources). This intangible resource is available to two types of commoners – scientists and the public – each with distinct Praxis Communis (common practices).

The public can ‘visit’ the caves through several facsimiles: Lascaux II is a partial replica which opened in 1983 located next to the original, while Lascaux III is a traveling exhibition. Lascaux IV opened in 2016 and is a complete copy of the caves. The humidity and temperature of the original are recreated and digital technologies (e.g. tablets) are used to provide further background information, facts and figures. The replicas have an important role in the commons as they make the intangible knowledge tangible again and therefore enlarge the circle of commoners.

The original caves themselves can only be visited by several selected scientists for a maximum of 800 hours per year. Besides exploring and studying the caves, most of their efforts are targeted towards the conservation of the paintings. Since 2010 the newly founded Scientific Council for Lascaux is responsible for the work made in the caves. Together with the Ministère de la Culture, these two bodies are the main policymakers, and therefore frame the Lex Communis (common codes).

This newly founded Scientific Council is part of an effort to open up the scientific discourse to external NGO’s and interested individuals, also in the hope to better inform the public about what is happening inside the caves.

Since their discovery, the caves have acted as an incredibly rich cultural and artistic resource as well as a source of common knowledge about our prehistoric ancestors and their lives. Although the original physical resource is now very hard to access, replicas have enabled the public to benefit from the cultural resource, while the scientific community continues to enlarge the common knowledge, based on the original caves. Therefore, the original (tangible) caves are the primordial resource of intrinsic value, and remain essential to the (intangible) knowledge commons that they sustain.

[1] The tripartite structure of Res Communis, Lex Communis, and Praxis Communis to analyse a commons is adapted from: Avermaete, Tom. “Constructing the Commons”. Arch+ 232: An Atlas of Commoning, 2018, pp.32-43

Image 2 –
Interior of the original cave