In search of sustainable data storage

In search of sustainable data storage 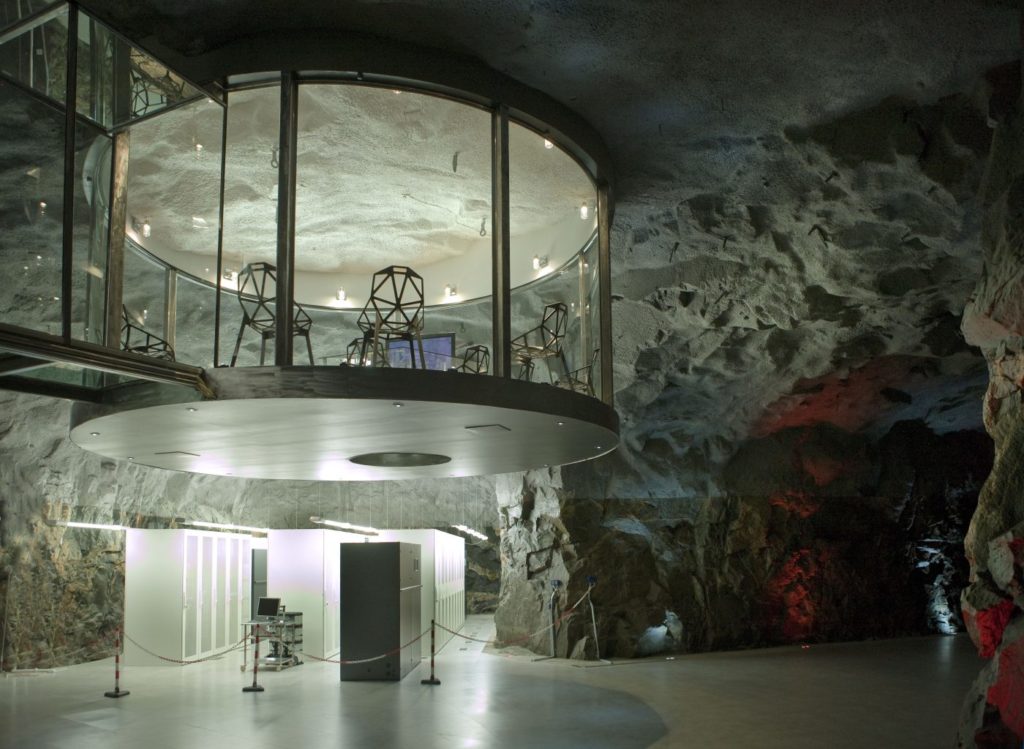 The Pionen Datacenter is owned by the Swedish independent internet service provider (ISP) Bahnhof AB. Pionen Datacenter is a colocation center: a type of data center that provides space, power, cooling, and physical security for servers, storage, and networking equipment. Located under the white rock of Vita Bergen (figure 1), in the previous underground civil defense center built in 1943 under the Swedish governments’ decision.

The Pionen Datacenter is active in the sharing of an almost uncensored information to a large community of users, and digital informations’ ouvriers[1]. It is a political pioneer that positions it role in a neutral technological tool providing access to datasets of censored or restricted official materials (from Wikileaks[2], for instance). Data centers are potent providers of this collective invention: the intangible resource. Conditioned by the innovation and the collective intelligence the data centers like Pionen rises the question of the position of data centers in the body of the digital and data commons.

The process of sharing informations in internet often necessitates a co-operation between other governing system.[3]  Indeed, internet platform needs to be connected to a storing system that are energy-hungry. This collecting service can be provided by data centers. They may need to be part of a larger infrastructure that provide them electricity for computing and energy for instance. The most common solutions to recover the over-energy use and heat over-production is to decentralize and a sustainable one is to locate data centers in cold lands. The Swedish northern climate is favorable to the Pionen Datacenter for the political free-standing storing of the resource, data. Indeed, it allows to be detached from the urban grid and the censorship regulations.

According to previsions in 2030 the energy consumption will reach 13% of the global electricity.[4] The Pionen Datacenter tries to re-valorize waste-heat by experimenting the transformation of this energy in a source of heating in the Swedish capital. The access is not for free but they try to offer a ‘below-market rates’. That question the position of the data center Pionen as a commoners in the energy supply. Through injecting its waist-heat production in the urban energy infrastructure, it reveals two other commons; the energy and urban commons. Indeed, by trying to interconnect internet infrastructure to urban life; a system of water, energy and heat supply.[5]

Through the uncovering of an interconnected digital-data and energy production loop. The Pionen Datacenter contributes to the urban and energy commons of Stockholm and a wider commons, the data.

[2] « They sought to expose corrupt and oppressive regimes throughout the world. […] WikiLeaks thereby established a powerful brand identity as a technologically sophisticated service capable of distributing purloined data anonymously and publicizing its release. »