Coober Pedy – The Underground Capital of the Opal

Searching for Fortune in the Australian Outback

Searching for Fortune in the Australian Outback 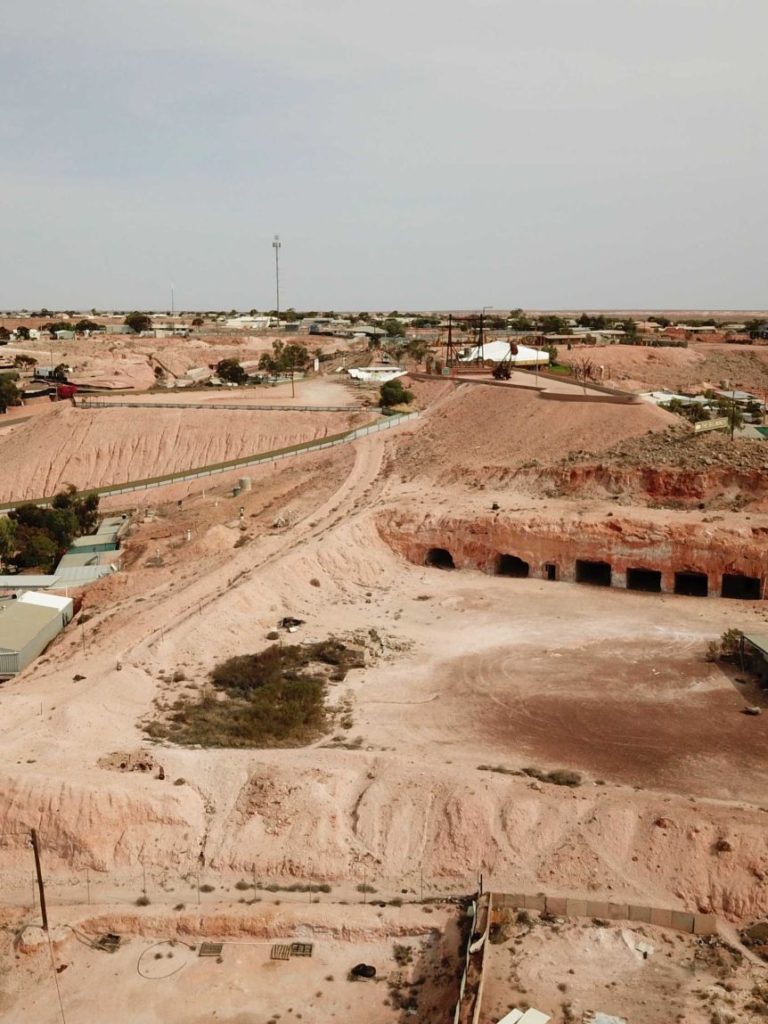 Coober Pedy is a little town in the Outback of Southern Australia, surrounded by a very dry and large landscape. The name of the town origins from Aboriginal language and means “white man’s hole”. Due to very hot temperatures and the opal mining, most of the around 1700 inhabitants live in underground caves, the so-called “dugouts”. Besides the dwelling spaces, there are a pub, a church, a museum, shops and even an underground graveyard.

The first opal finding in this region was in 1915. Since then, a rich opal-mining culture has risen and led to the foundation of Coober Pedy. 95% of the overall opal production still origins from Australia.

The practice of the opal mining is a matter of exclusively private persons. Companies are not interested because it is a huge effort and there is quite a little chance to find anything and make profit. In order to search for fortune, a rent can be bought from the local mining administration, in this case it is the Department of Primary Industries and Regions (PIRSA) of South Australia.

For around 70 Dollars, a claim of 50 times 100 metres can be displayed into the desert. Because is very cheap, people from all over the world seek for their fortune, everybody with the same rights and the same chance.

The Res Communis, the mining town itself and the Lex Communis, the bought claim, are clearly governed. With the town and the infrastructure, Coober Pedy can be considered as a commons of land as well as an urban commons. However, it gets more complicated when the underground resource commons, the opal, and the urban commons, come together. While the urban commons is shared, the resource is in fact accessible for everybody, but once  belonging to somebody, it is strictly separated and surveilled. There might be living some millionaires in Coober Pedy, but it is kept strictly secret. Making it public would mean that a lot of claims would be bought around the spot where the opal was found. Mining in the residential area is now forbidden. However, many miners avoid this restriction by “expanding” their homes. This can be considered as a further praxis communis, which shows exactly, how tightly resource and dwelling are interconnected.

Another praxis communis refers to the land commons. Over the years, miners have dug over 250’000 shafts. Since this is done by individuals and not companies, there is no legislative obligation to fill up, close or even rehabilitate the holes. As a consequence of avoidance of this additional effort and costs, the holes are left open which makes Coober Pedy a dangerous place for tourists, but also for animals. It is also far more difficult for the flora and fauna to recover.

The name of Coober Pedy, “a white man’s hole”, does in fact already tell the quintessence of its existence. The “white man” has appropriated the area to his territory, almost 60 percent of the inhabitants are of European origin. It used to be an aboriginal hunting territory, but under the Australian Constitution, all mineral (sub-surface) ownership rights belong to the state.

The “hole” is very uniquely transited from a mine to a bedroom, exclusively for climatic reasons. Therefore, the commons of the climate can also be included in this case study. The climate commons points out an old, but at the same time very inventive way of how to deal with extreme climates in a local and communal way.

Image 3 –
Waiting for the Husband in the Kitchen